Rural Designs meets and exceeds standards while still focusing on serving small businesses and organizations with the most professional methods and cost effective results for clients.

Rural Designs has been providing quality web site design services and hosting options since 1999. Since 2007, the company has offered expanded publication design services including business cards, brochures, professional logos, advertisements, and more. Rural Designs takes pride in providing professional graphic, publication, and web design as well as hosting to help small businesses and organizations establish the global front they desire. Rural Designs strives to reach a large audience and provide designs and hosting services that are progressively improving with advancing techniques and objectives.

Rural Designs meets and exceeds standards while still focusing on serving small businesses and organizations with the most professional methods and cost effective results for clients. View our portfolio for examples of previous website projects that show proven and professional cost effective marketing for your business or organization. Please contact us if you would like to view any publication design products or samples. We look forward to working with you. 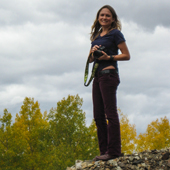 why web design:
After asking the question, what does one do with an English degree, she started her own web business and overhauled Chris's old one. She finds her Type A traits beneficial in allowing her to seek perfectionistic results, She hails from a small Nebraska town, Arapahoe, and realizes the need for small businesses to be able to establish professional logos, documents, brochures, and web sites. She is happy to help smaller businesses create a brand and websites and documents that can enhance their business and grow their potential.

what else does she do to pay the bills:
Jillian is an instructional designer on the Digital Learning Team at Park University (Parkville, Missouri) and also teaches English as an adjunct assistant professor of English at Johnson County Community College (Overland Park, Kansas). When she is not recording cool videos for online courses, designing graphics, grading papers or prepping for class, she also teaches yoga in Kansas City, Missouri at the Yoga Patch. 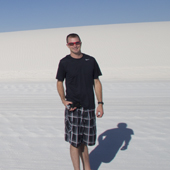 why web design:
Chris originally started Rural Designs in Beaver City, Nebraska, in order to serve small businesses and organizations from his area. It also helped pay for dental school.

what else does he do to pay the bills:
Chris is a private practice general dentist in Kansas City, MO. 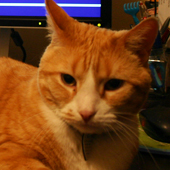 education:
You'll note that you can't spell an eduCATion without CAT.
(beat that, eh? :)

why web design:
Someone needed to help these two out. Her dedication to sitting in either boss's inboxes remind them to stay on task. 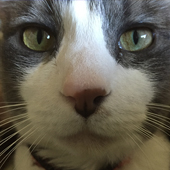 education:
Pluto learned his worldly skills on the streets prior to his adoption by the Rural Designs management team.

why web design:
Pluto likes being able to have an influence on the world by designing and publishing from the comfort of his home. He also proves to be a soothing presence for his Type A boss.